United States, 6th Dec 2022, King NewsWire – Nowadays, there are many (perhaps, even too many) kinds of diets. For lack of time, but also for lack of information, people tend to follow mostly the fads of the moment, not really thinking about which diet would actually bring them real benefits.

It would only take a few minutes to understand that, among all possible alternatives, the Mediterranean diet is the one that offers the most elements to bring well-being to people.

Already in 2010, UNESCO awarded the Mediterranean diet the title of Intangible Cultural Heritage of Humanity, stating that it is not just a diet, but it is much more: a tradition and a symbol of the Mediterranean region, its cuisines, and its people.

In fact, the elements that differentiate this diet from the others, also making it preferable, are its richness of flavors and wholesome foods and its long tradition of conviviality (https://www.jpmh.org/index.php/jpmh/article/view/2744/1008).

Mediterranean populations have traditionally based their cuisine on the ideas, customs and values of the Mediterranean community. 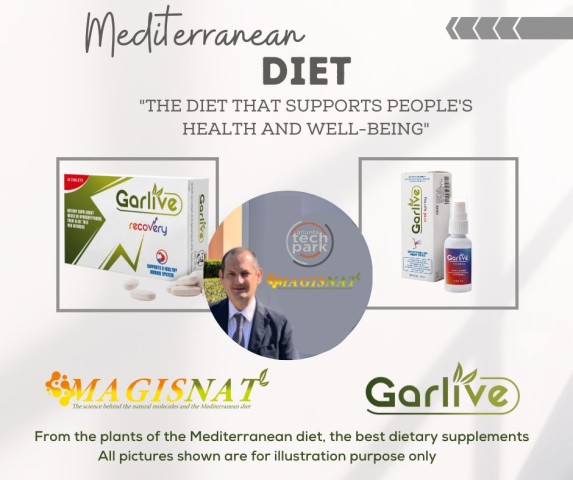 The Mediterranean cuisine is a blend of traditions and flavors, symbolizing the richness of the Mediterranean heritage. It consists mainly of grains, fruits and vegetables (which can be eaten raw, cooked, or pickled), white meats, plenty of olive oil, fermented foods, and dairy products. Particular attention should be paid to fermented foods (i.e., those that have been fermented by lactic acid bacteria or LAB, usually belonging to genera such as Lactobacillus, Leuconostoc and Streptococcus), as they possess beneficial properties for the body—i.e., they improve the gut microbiota and the corresponding gut-brain axis, thus preventing noncommunicable diseases and metabolic disorders.

Some examples of foods that belong to this group are milk, yogurt, kefir, cheeses and fermented vegetables (such as sauerkraut, olives and pickles).

But what makes the Mediterranean diet unique? Why is it preferable over others?

Its added value lies not only in the choice of certain foods over others, but also in the way they are selected, prepared, and enjoyed together.

Thus, the Mediterranean diet provides for the presence of all food groups in appropriate proportions and frequencies, and is generally aimed at the whole population, including pregnant women, children, and people with various pathophysiological conditions.

Therefore, the Mediterranean diet is not a mere selection of foods, but a concept that encompasses cultural heritages, values and traditions, and the sustainability of biodiversity, all of which have given rise to a healthy dietary regime.

This wonderful cultural heritage must be preserved, not only for the for the culinary satisfaction of the peoples of the world, but also to provide humanity with a diet that supports health and well-being.

However, we must be aware that the hectic lifestyles led by a large amount of the human population can create serious difficulties in complying with this type of diet.

Therefore, MAGISNAT’s team (www.magisnat.com), caring about people’s well-being, has tried to find a solution to the aforementioned issue by promoting a line of hydroxytyrosol-based supplements, GARLIVE RECOVERY and GARLIVE ORAL SPRAY, available on Amazon (https://www.amazon.com/garlive).

A support for the community’s well-being.

The post The Mediterranean diet: the diet that supports people’s health and well-being appeared first on King Newswire.