United States, 11th Oct 2022, King NewsWire, The Mediterranean Diet is a mainly green diet, based on the consumption of very large portions of vegetables, fruits, legumes, and cereals, having extra virgin olive oil as its only source of fat, and extensively using herbs. Other characteristics are its very little consumption of meat (almost exclusively white meat), fish as its predominant source of protein, and little consumption of milk and fermented dairy products. Moreover, various studies recognize its effectiveness in preventing Non Communicable Diseases (NCDs), particularly when combined with a healthy lifestyle, such as moderate daily physical activity, avoiding destructive behaviors (drugs, tobacco, or alcohol consupmtion), and nurturing good social relationships. Moreover, one can see the contributions given to the development of this diet by the spread of Christianity from the dietary rules given by the Bible; if you really want to learn about the Mediterranean diet, you need to delve into this aspect as well. 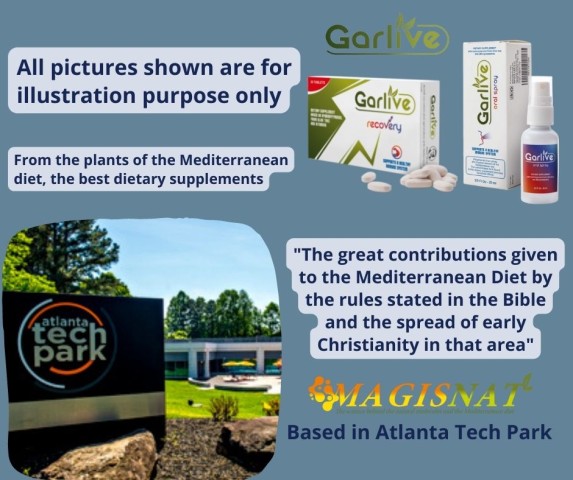 The Bible starts discussing nutrition as early as Genesis: “Then God said, “I give you every seed-bearing plant on the face of the whole earth and every tree that has fruit with seed in it. They will be yours for food. […]” (Gn 1:29). From this first passage, we can already see some of the basic principles of the Mediterranean diet.  In the Old Testament there are many references to the diet of the patriarchs: Isaac grew grain (Gn 26:12) and Jacob sent his sons to Egypt during the famine to buy some (Gn 42-44). Olive oil was used both as food and for cooking food. Moreover, as reported in the episode of the widow of Sarepta (1 Kings 17:12), oil was widely used and was the basic ingredient in bread and cakes (Ex 29:2). Also noteworthy are the various dietary requirements specified in Leviticus chapter 11. The exclusion of certain meats—such as pork, hare, all fish without fins and scales, and many birds (mainly birds of prey)—probably led to the dietary basis of the Mediterranean diet, given the enormous similarities between the two.  There are also literary notations that claim that vegetarian and vegan diets have biblical origins: as stated in Genesis 1:30, “And to […] everything that has the breath of life, I have given every green plant for food.” And it was so.” According to the Bible, in fact, in the beginning man was vegetarian, and began eating meat after the universal flood and will probably return to vegetarianism when the original harmony is rebuilt.  Moreover, the hygienic standards stated in the Bible were also ahead of their time, and were very important for the wholesomeness and processing of food in the Mediterranean Diet.

Our philosophy is to study the plants that are typically employed in the Mediterranean diet, looking for molecules with beneficial effects from which they formulate their dietary supplements: the first ones are based on polyphenols from olive trees, titrated in hydroxytyrosol, with the following characteristics:

At MAGISNAT, we are sure that rediscovering the uses of the plants we were gifted by God Is a Way Forward

The post The great contributions given to the Mediterranean Diet by the rules stated in the Bible and the spread of early Christianity in that area appeared first on King Newswire.